PHP provides several lifecycle events, which extensions can use to perform common initialization or shutdown tasks. Normally, Zephir’s own hooks into these events will cover all the setup and tear down your extension will need, but if you find that you need to do something more, there are a few options you can use to pass your own code into these same hooks. 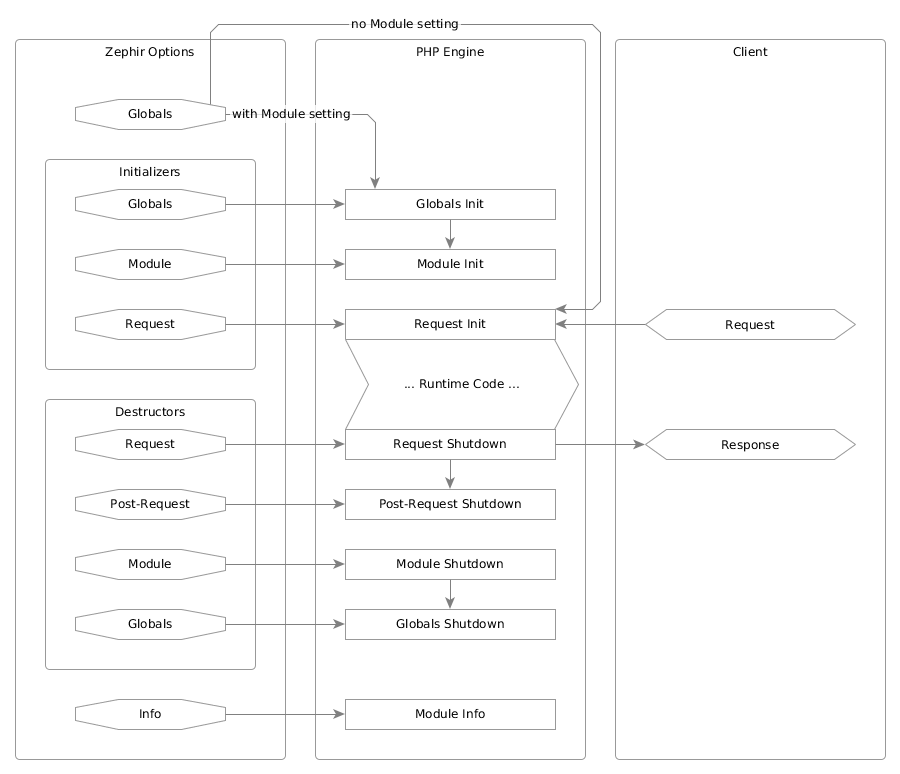 Lifecycle hooks are registered in the config.json file. As you can see in the diagram above, there are four types of lifecycle hooks - globals, initializers, destructors, and info. Each of these has its own corresponding root-level setting in the configuration, and both globals and info have their own chapters. This chapter covers the other two settings.

Each hook in the config.json file is an array of objects, which themselves are essentially include/code pairs. The include value will pull in a given C header file, if it hasn’t been already, so that the code will have access to its contents. The code value is the logic run by the hook itself, and while you can technically put any valid C in here, it is strongly recommended to put logic longer than one or two lines into a separate C source file (such as the one pulled in along with your included header file), and use a single-line function call here.